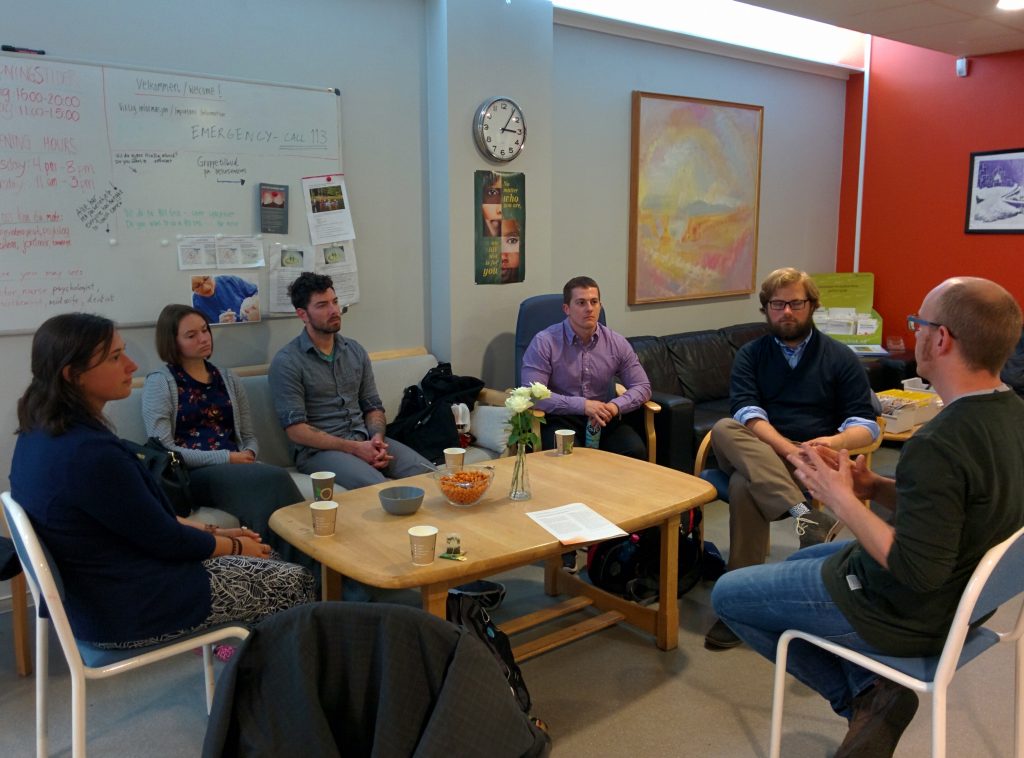 You cannot find it on a map, and you would not recognize it from the street, but the work that the Health Center for Undocumented Migrants in Oslo does is immeasurable.

The facility provides free medical care, ranging from standard check-ups and dental work to psychological treatments, to undocumented migrants who would ordinarily lack such services. According to Norwegian law, undocumented migrants may receive care only in the most serious of instances, hence the need for a center that provides routine medical examinations. The manager of the facility, Frode Eick, views the center as a temporary solution until the Norwegian government changes the current laws. Mr. Eick feels, however, that this change is slow in coming as politicians have come to view the center as the solution to a problem that they do not want to handle.

In addition to undocumented migrants, the center also serves victims of human trafficking and the Roma. The latter group in particular has a tenuous relationship with the law of Norway. The Roma are European citizens and as such are afforded certain rights. One such “privilege” is the three-month grace period given to Roma people when they enter Norway. During this period, a Romani immigrant is expected to either find a job or be a registered job seeker. During this time, they are also expected to earn 500 Norwegian Kroner (approximately $60 U.S.) per day. In my opinion, while this period certainly offers a benefit to the Roma that the other migrant groups do not enjoy, it does not do much to help them. The Roma often face intense discrimination that ranges from verbal abuse to destruction of their property.

During my discussion with Mr. Eick, this very issue became a discussion point. Specifically, the role of the documentary Lykkelandet (The Land of Happiness), was discussed. The documentary explores the lives of Roma in Bergen. The documentary claims to discover a network of 140 Roma who are participating in everything from begging to prostitution to theft. The documentary has done serious damage to the perception of the Roma in Norway, and even prompted Prime Minister Erna Solberg to say that one should be careful in giving money to the begging Roma as it may be used inappropriately. Mr. Eick was very much aware of the documentary, and was quick to denounce it. He stated that the documentary, which was aired on Norwegian national television, was deceptive in its reporting methods. Essentially, it was a case of bad journalism that had real effects.

The most interesting aspect of my conversation with Mr. Eick was about the future of the Roma. Specifically, I asked what will happen when Bulgaria and Romania, two centers for Europe’s Roma population, become full members of the Schengen Area and the populations receive the rights inherent to being a member (E.G. Right to move and work within countries in Schengen). Mr. Eick is more concerned now with helping impacted populations. The ascension of two more states to Schengen is something that does not worry him. The Norwegian government seems not to care about the issue as it is not what their constituency cares about.

Meeting Mr. Eick and touring the facility, while eye-opening with regards to the plight that undocumented populations face, left me feeling dehumanized. Mr. Eick said that the center’s services should not be needed, and I agree with him entirely. It should be the case that anyone, regardless of their immigration status, should be able to receive healthcare when they need it. 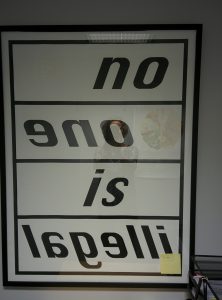 Poster at the Health Center