The Nobel Peace Prize is one of the greatest awards that a person can receive in their lifetime. It has a long history of recipients and among them are some of the most respected people in the world. I did not know that this award was given in Oslo until Tuesday when we visited the Nobel Peace Center and took a guided tour. This center has been one of the highlights of my time here in Oslo.

I was discussing with several students on the study abroad program that I had never paid much attention to the prize and who wins each year. This center and the exhibits within it were a great way for me to learn about the history of the prize, and most importantly the painstaking work that the recipients have done for the world and for peace.

Alfred Nobel was the creator of the Nobel Peace Prize. He was a very smart man and was the inventor of dynamite. This was used to make tunnels and mines, and actually made working on these projects safer than it was before. It was however also used by people to cause destruction. Alfred’s brother actually died in an accident in one of his factories and some believe that this is one of the reasons he created the prize. Nobel sold all of his dynamite factories, and when he died in 1896 his will told of the prize and what requirements the recipients must meet. He had also set aside a trust fund to fund the prize. The prize money that is given to recipients today still comes from this fund. 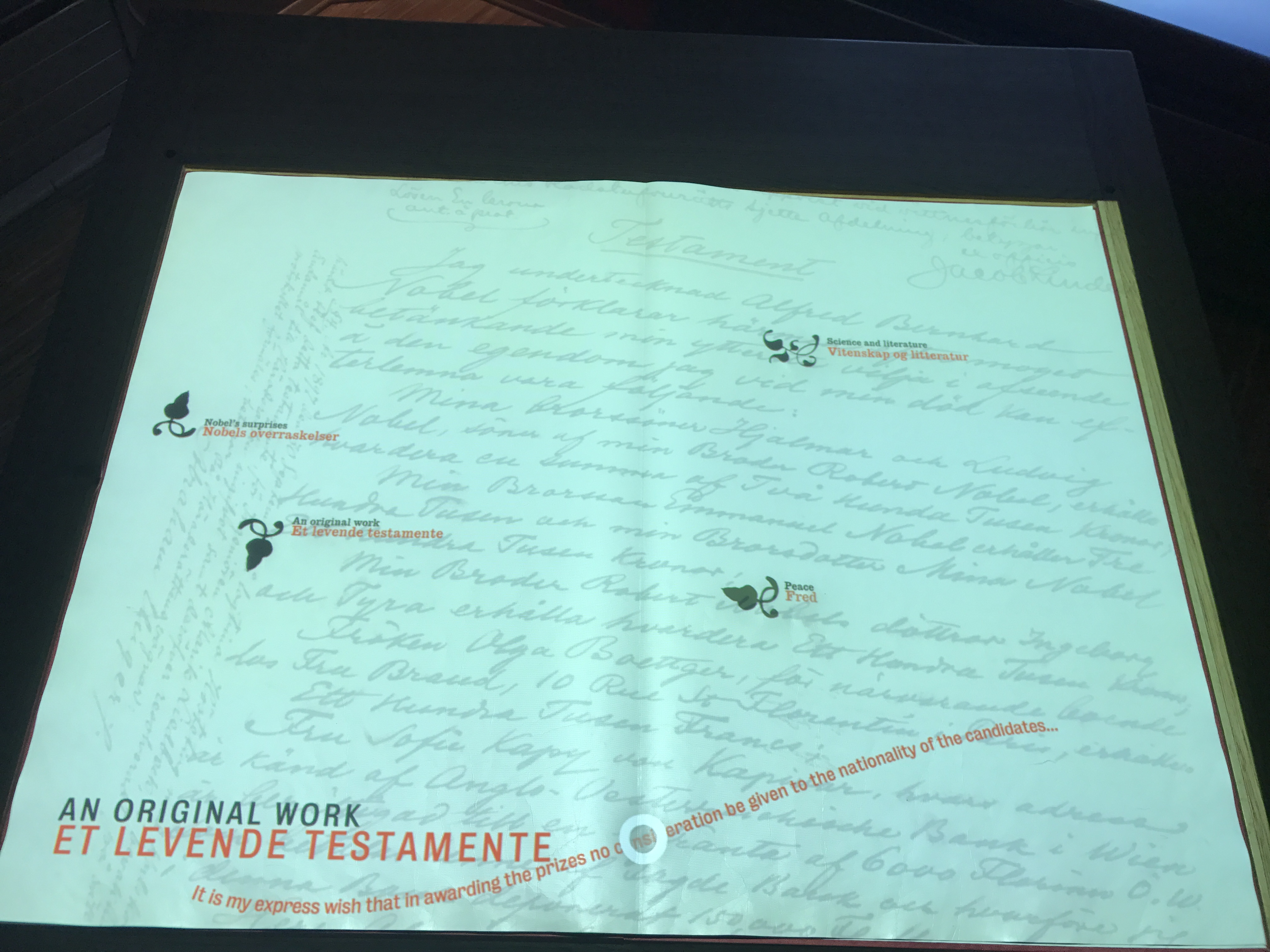 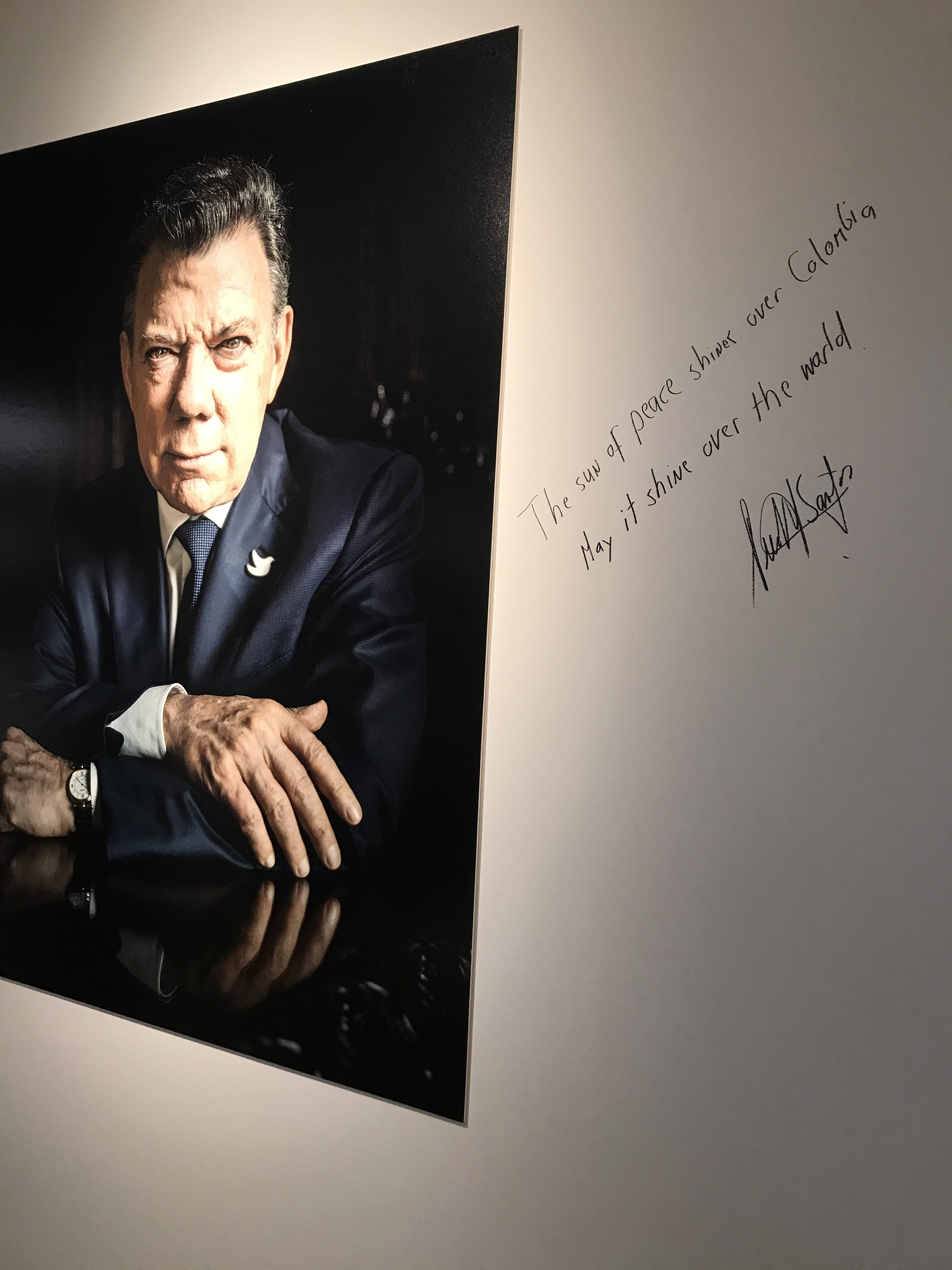 The Nobel Peace Center has an temporary exhibit dedicated to the most recent recipient, Juan Manuel Santos. I really enjoyed this exhibit because last semester I went to a lecture on the civil war in Colombia and the negotiations that Santos was leading to end it. At the time of the lecture, the citizens of Colombia had voted not to sign the agreement with FARC. Since then, Santos and FARC have renegotiated and there was another vote that the citizens agreed to. Santos worked hard, and continues to work for peace in Colombia. 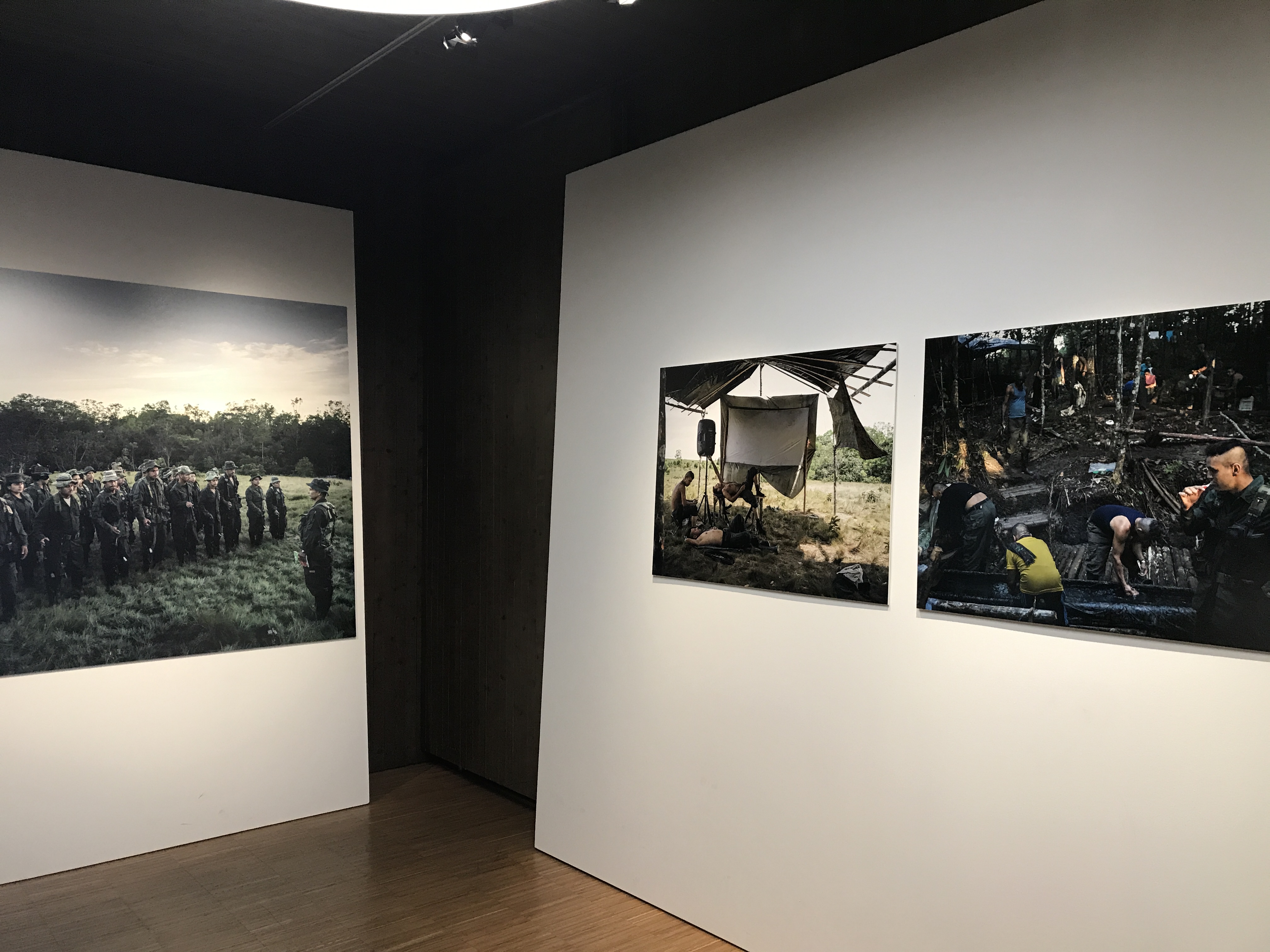 One thing that I learned about in the tour is about the current rehabilitation that is being done throughout Colombia. Santos is working with FARC to disable and clear the country of land mines that they put in place. Land mines killed many civilians over the course of the war. Columbia is said to be one of the countries with the most land mines in the world. 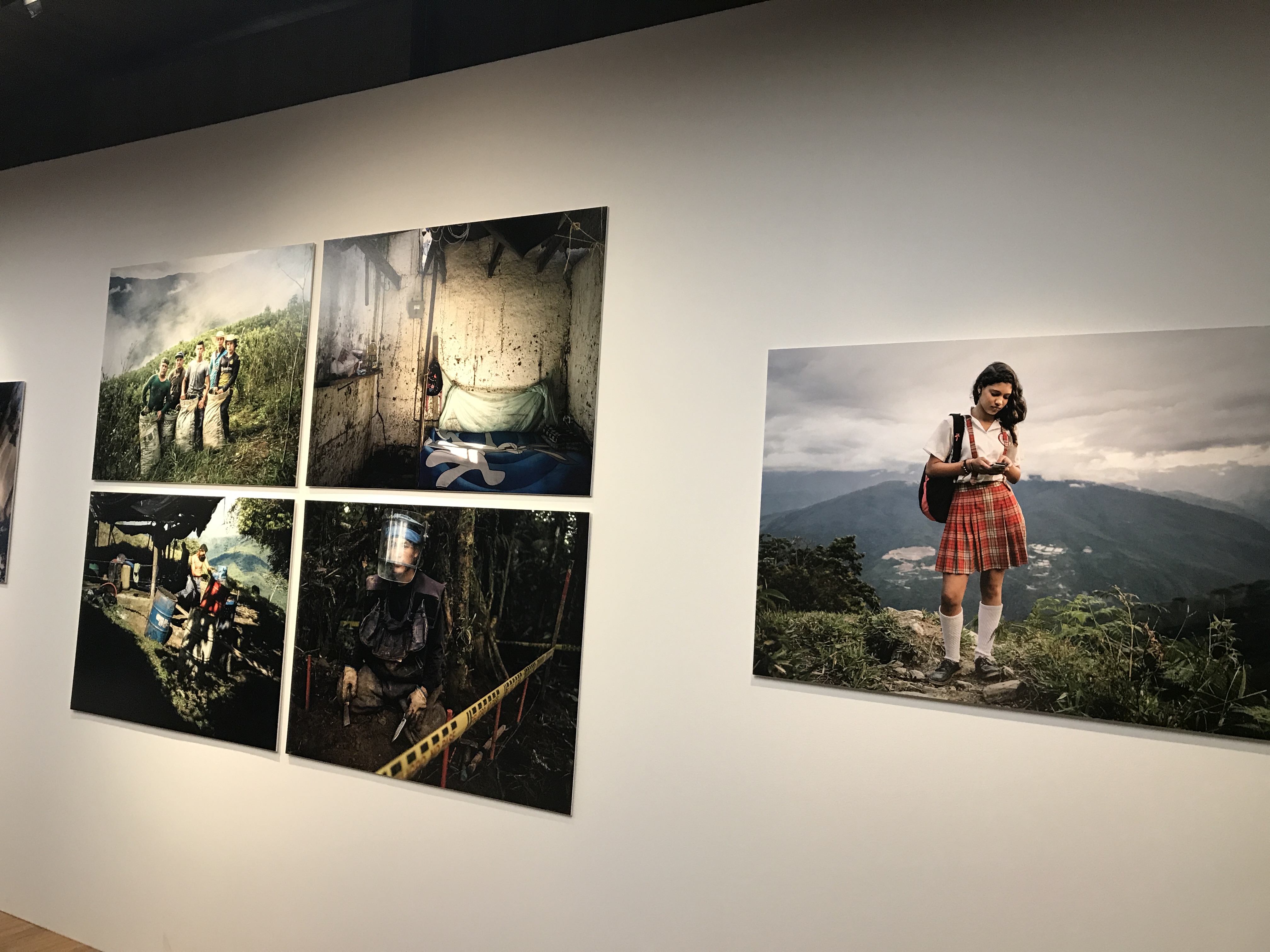 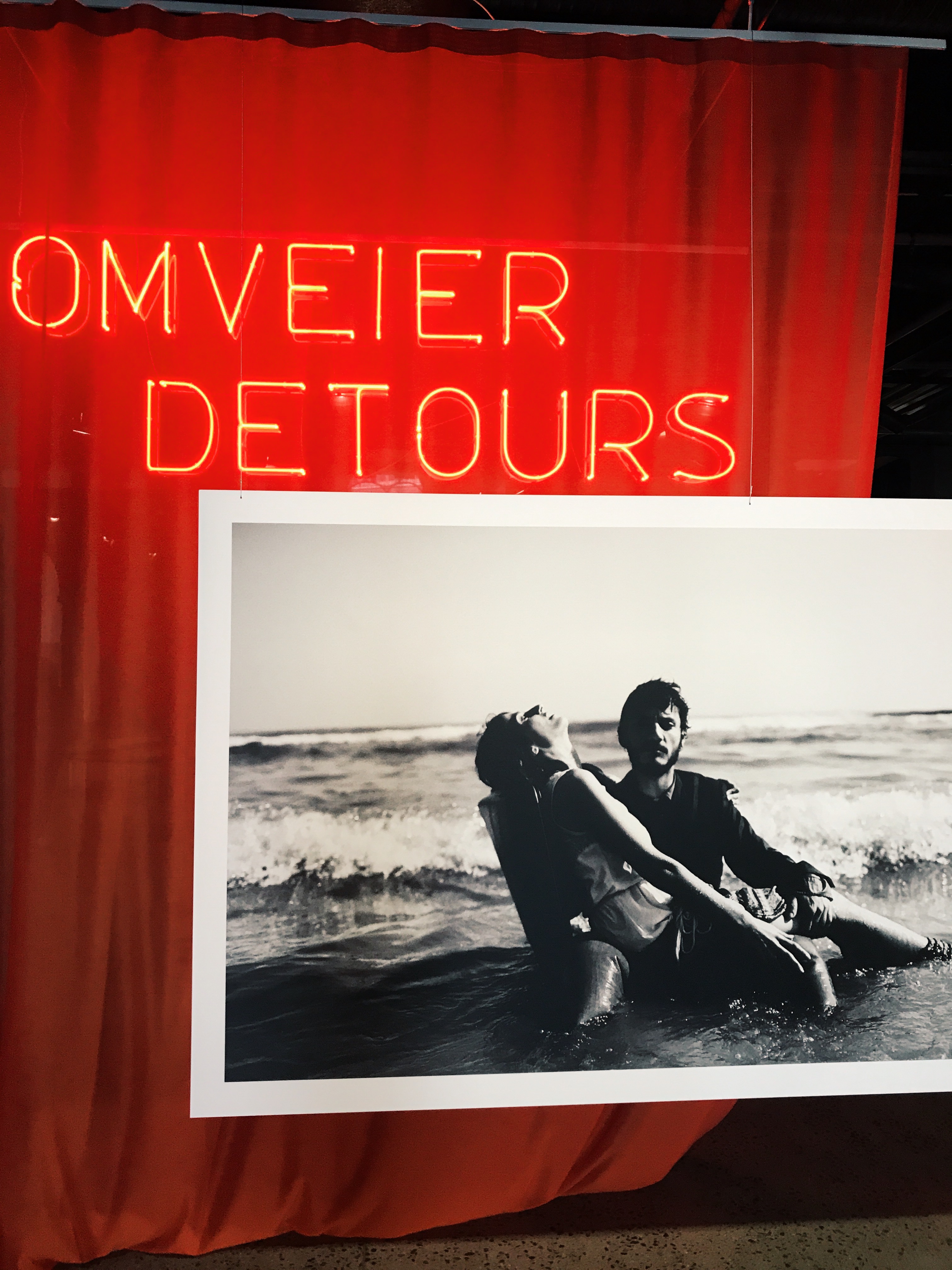 Another exhibit that I really enjoyed was called Detour. It focused on Syrian refugees, the current refugee crisis, and their migration. There were many photographs throughout the exhibit that demonstrated everyday life for refugees. One of the ways that they did this was through a qualitative research method called “photo voice”. Photo voice is when a subject is given a camera and asked to take photos of what they know or what they see everyday. Children living in a refugee camp in Lebanon were given disposable cameras. All of the pictures in one part of the exhibit were taken by the children. It provided a new glimpse on the way that they are living and the hardships that they face within refugee camps. 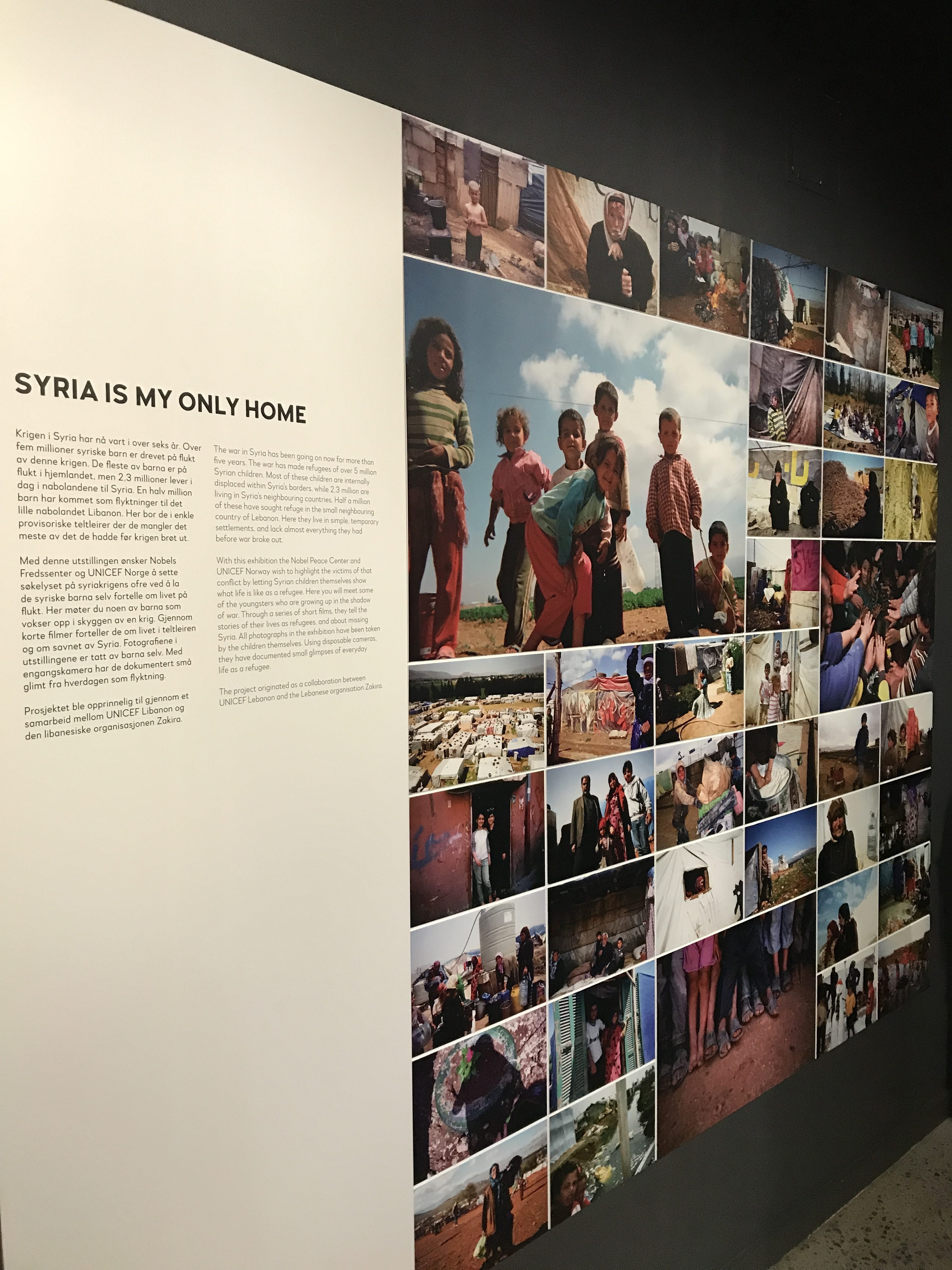 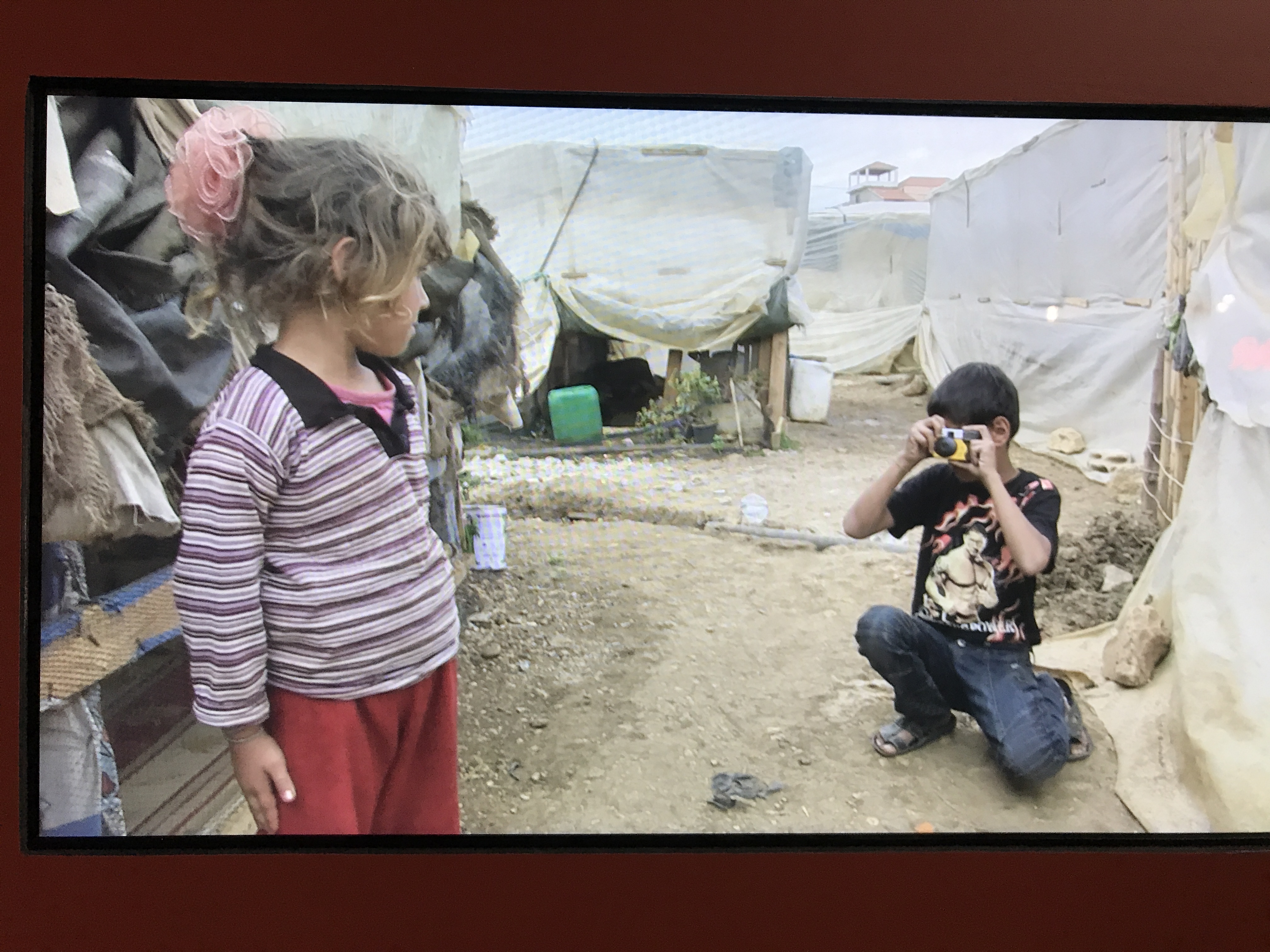 Within this exhibit there were also videos with interviews of refugees that have been given asylum in America. In these videos the informants talked about their traumatic experiences and how much they miss being home, with family, in Syria. It helps people to understand a little piece of what they are going through, and that even when they are in a place that is considered safe they are plagued by the past.