Over the weekend, three students and I decided to take a trip north to get outdoors and see what the rest of Norway is like. To reach our destination we had to take multiple kinds of public transportation. We rode on a tram and two separate trains. The train rides were very long, but went through mountains and along rivers. The views could not be beat. 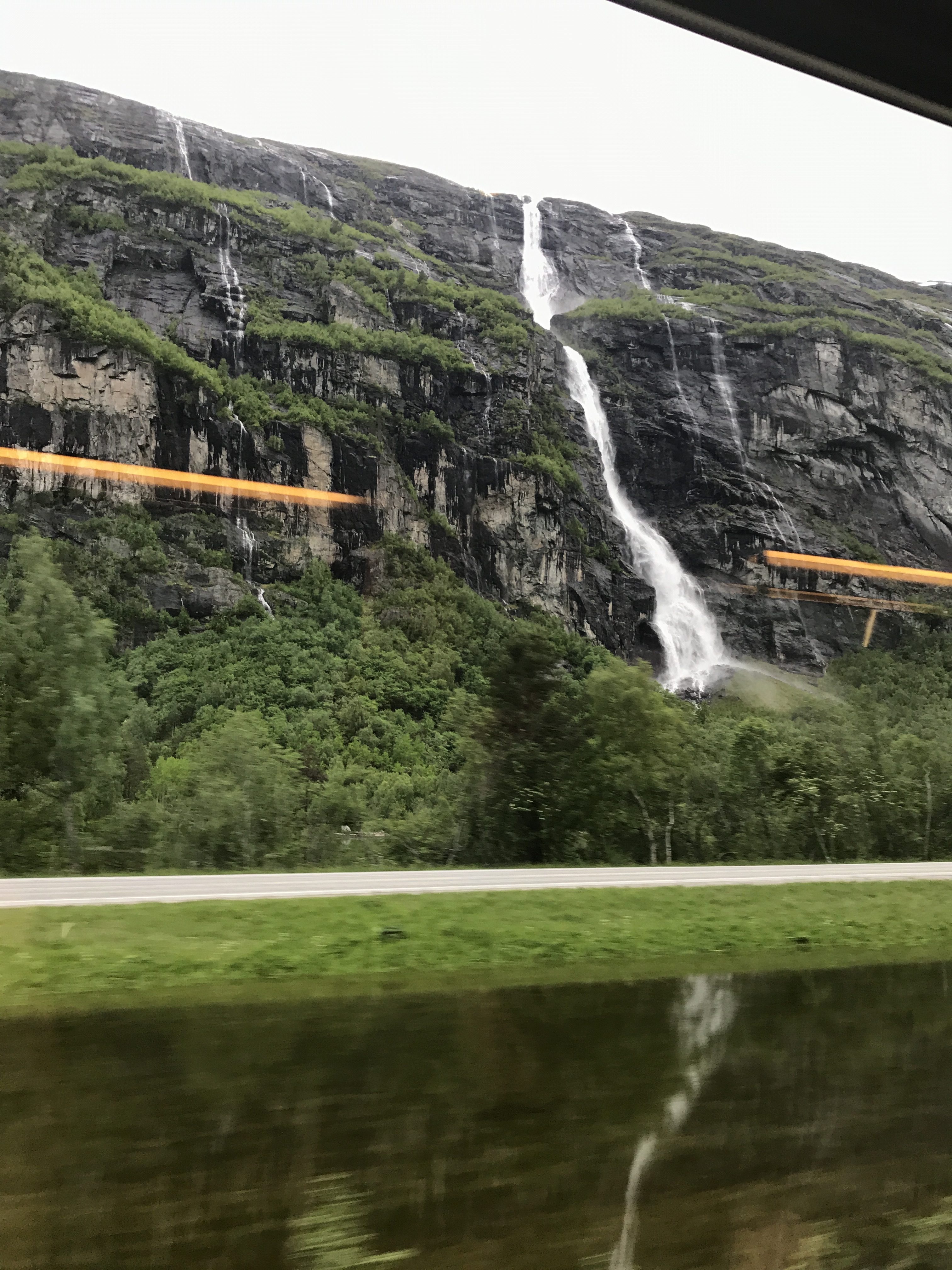 On the second train I ended up sitting in a seat that was surrounded by three open ones. Soon three people that were my age sat in the seats around me. They were speaking Norwegian amongst themselves and settling in. 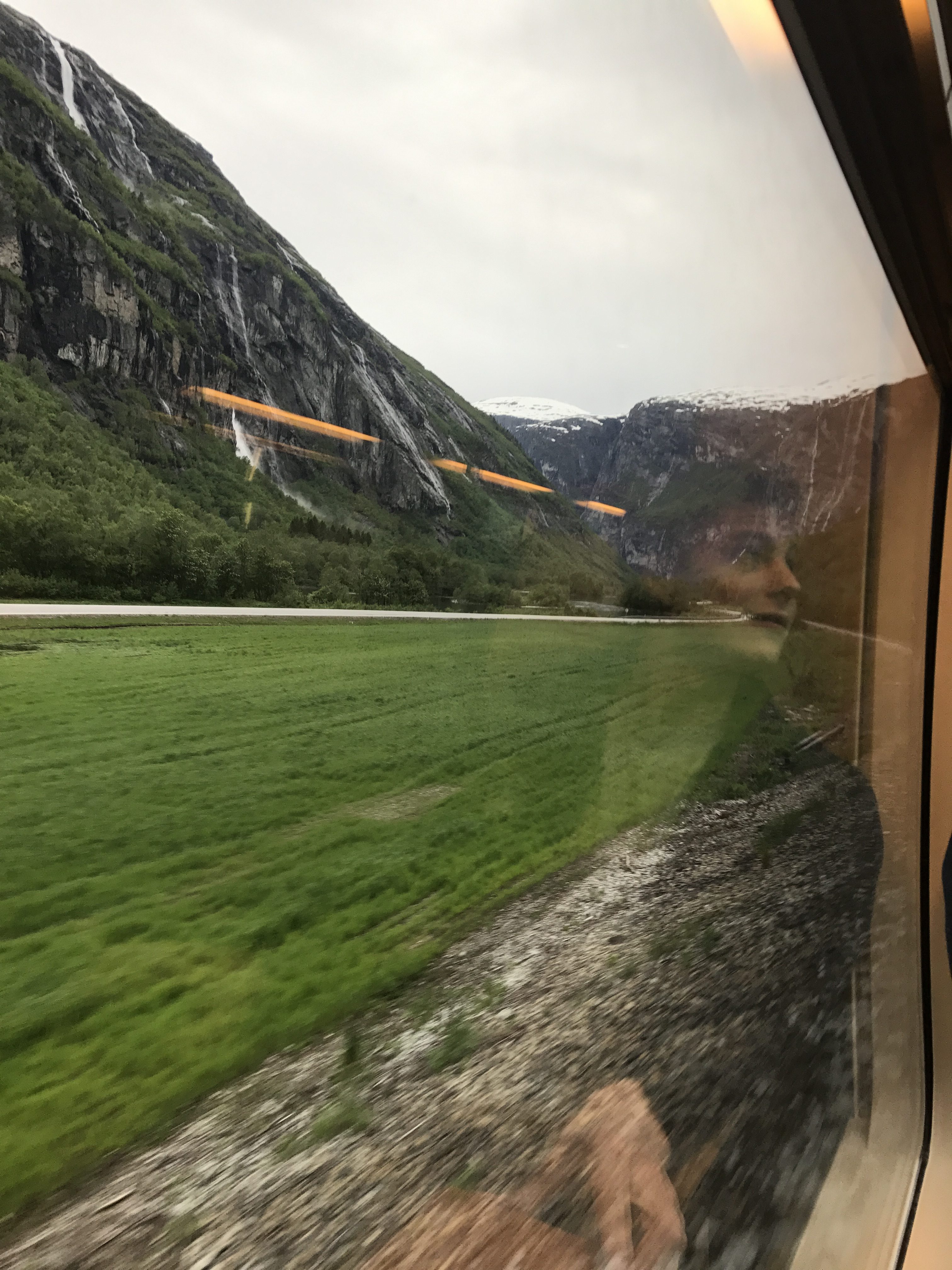 I ended up starting a conversation with them and got to know them. They were very friendly and helpful. Throughout these conversations I was able to conduct participant observation to learn more about the Norwegian way of life. In the early moments of meeting them I was able to establish rapport with them and make them comfortable with talking with me. I did this through small talk, such as where they are visiting, what town they are from and answering questions that they had about America.

At one point in the conversation I apologized for not knowing any Norwegian and they shrugged it off making the remark that there is no need to learn Norwegian because all Norwegians speak English. They explained that they start learning English in the first grade of school, but they were not comfortable with their English skills. They referenced this discomfort to explain why they do not start conversations with people that are speaking English.

They also added that they need to learn English because “Norway is a small, unimportant country.” These seem to be some harsh words but they were not used in such a derogatory way to express dislike or shame in their nationality. In fact, they seemed very proud of their culture and country in general. Through these conversations and observations, I was given insight that pride and comfort is considered by some to be the reason the Norwegian language is used as often as it is today and is their language of choice.

Qualitative methods, such as participant observation, helped me to analyze my train conversations more in depth. These methods helped me to gain insight into the methods and processes, the reasons for which and ways that a person acts, behind the language use of Norwegians. If I had not learned about specific kinds of observations and how to analyze I would not have paid as much attention to this discussion and asked questions and probed so intentionally.

One interesting thing about qualitative research is that this observation could have gone in a completely different direction if another person had been the researcher. My positionality, thoughts and understanding of the topic, had some influence on the conversation. I am a similar age to them and have similar interests such as hiking, traveling and learning languages. I was very interested in Norway and their perception of the country. Learning languages and talking about Norway lead to talking about not knowing the Norwegian language. I have a personality and background that leads to different conversation topics than others might not introduce. It is important to recognize this.

To maintain rigor within qualitative research methods it is very important to be transparent about your positionality with the informants, but also with your colleagues. Some see positionality as a hindrance in research and argue that a researcher must remove him- or herself from informants. However, I believe that if it is done correctly positionality can help to add information to a research project.